Huge recognition for bTV at the World Awards for Sports Journalism 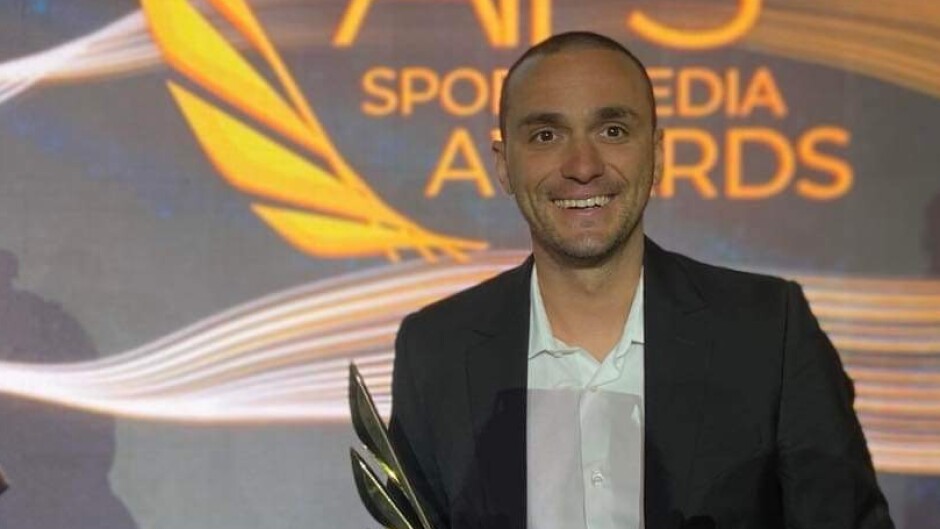 Bulgarian sports journalism climbed its Everest, and the credit goes to the sports department of bTV Media Group! Dimitar Tasev won the special award for investigative journalism for 2021 from the International Sports Press Association (AIPS).

The bTV reporter was honored at a glamorous ceremony in Doha, and his award was presented personally by the legendary journalist of the Italian Bible in the press - the newspaper "Gazetta dello Sport" - and chairman of AIPS Gianni Merlot.

Dimitar Tasev won the prestigious AIPS Award for his investigation into the doping scandal in Bulgarian swimming - "Doping in the Deep Waters" - a documentary broadcast last year in the television series by bTV Media Group - bTV Reporters.

"Ladies and gentlemen, it is an honor for me to be here tonight, on this stage, along with such big names in journalism. Thank you for the recognition. I promise to continue working in the same spirit," Tasev said from the AIPS stage.

The award of bTV and Dimitar Tasev comes in the competition of 1732 nominations from the record 133 countries around the world for the various categories of the most prestigious awards for sports journalism on the planet. Among them, 631 are just the nominations from Europe - from 40 countries of the Old Continent.

bTV Media Group leaves an ever brighter mark in the history of the AIPS World Journalism Awards. In 2019, two other reporters from the sports department of our media - Ivan Boyanov and Florina Ivanova, reached third and fourth place respectively among the best young reporters of AIPS SPORT MEDIA AWARDS.

The AIPS award is the second for Dimitar Tasev and for the sports editorial office of bTV for the investigation "Doping in the Deep Waters". Two weeks ago, the documentary won the WEB REPORT award for pure journalism on dir.bg.

This award in Doha is a recognition for the entire team that worked on the documentary "Doping in the Deep Waters", led by the hard work of Dimitar Tasev, producer Tsvetan Bayasliev, editor Kaloyana Klimentova, all operators and graphics specialists of bTV Media Group.