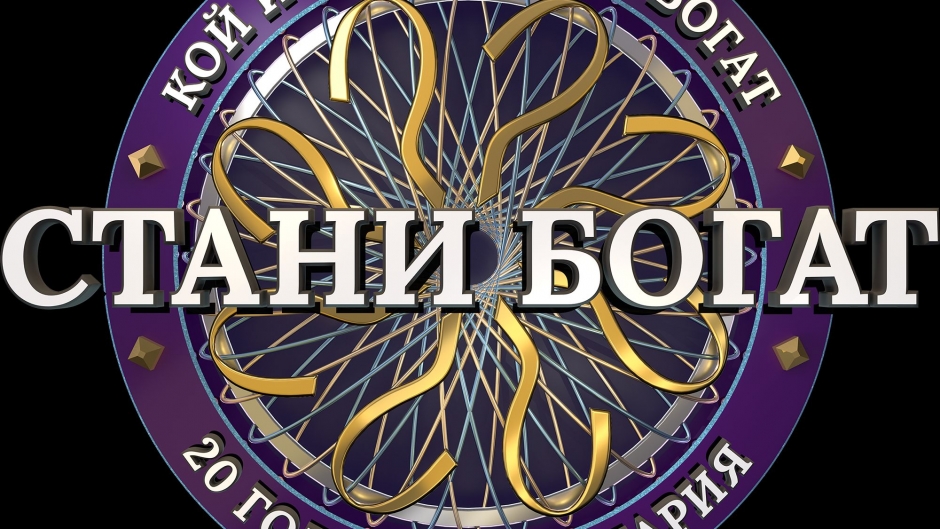 "We are excited to have the opportunity to offer our viewers the most popular television game for knowledge in the world -" Who wants to be a millionaire". This unique show - an eternal classic and an unchanging rating favorite - will take its rightful place in the bTV program schedule, which not only responds to the need for quality and enriching audience content, but also takes another step towards establishing the television as home to the most the popular and enticing world formats in Bulgaria”, commented Hristo Hadjitanev, Programming Director at bTV Media Group.

"Who wants to be a millionaire" is the first international format realized in Bulgaria and is a version of the British original Who Wants To Be A Millionaire. It started on May 12, 2001 and quickly established itself as one of the most beloved on the Bulgarian air. Over the years it has been constantly evolving and today it is a symbol of quality TV content and guaranteed entertainment by sharing knowledge.

With its anniversary appearance on the air, "Who wants to be a millionaire" will offer bTV viewers new, enriched content, with interesting participants, a variety of emotions, a dynamic game of knowledge, dramatic situations and most of all fun and time for the whole family, where everyone can learn something new. In addition to the classic game and the grand prize of BGN 100,000, the regulation will also have new elements that will add value and a different, modern face to the world-famous television game. In addition to bTV, the show will be available on the online platforms of bTV Media Group.