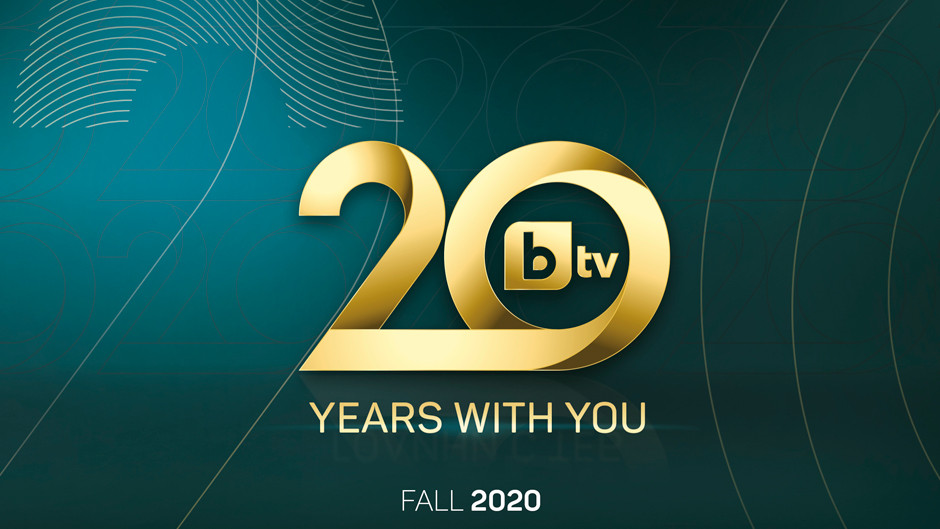 The most colorful and always different show, with original segments and its own look - "Before noon", will keep making bTV viewers smile in the hours after the morning block this fall. In their unique way, hosts Desislava Stoyanova and Alexander Kadiev will continue to present interesting information through a positive tone, as well as with the help of the most impactful means of expression in the integrated studio of bTV. The current health topics will be presented by the trusted expert Dr. Nedelya Shtonova along with new segments and reporters who will bring dynamics, diversity and a new reading of the topics that excite viewers. This will open the door to diversity in the approach through which the topics related to the brands are presented, while the high-tech studio in which the show takes place allows for the realization of effective integrations through augmented reality. 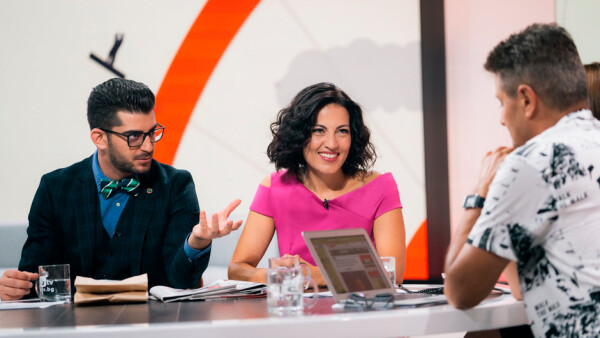 This fall, the culinary and adventurous flair of chef Andre Tokev will once again take him in search of authentic recipes, exciting meetings with people from remote corners and visits to monumental landmarks with a long history.

The show provides a great opportunity for partnership with different brands through product placement and alternative advertising forms. Last season, Mastercard chose the Christmas episode of Food Hunters as one of the platforms to promote their campaign "Taste of Home". In it, Andre Tokev surprised Chef Silvena Rowe at her home in Dubai with a gift for Christmas – a precious box of beloved traditional foods.

Filming for the show continues through mid-September, and the special Christmas episode will be shot in the weeks before the holidays. The show is an extremely suitable context for brands that want to be closer to people. In order to expand the scope of the campaign, brand integration can be enhanced with premium advertising forms. 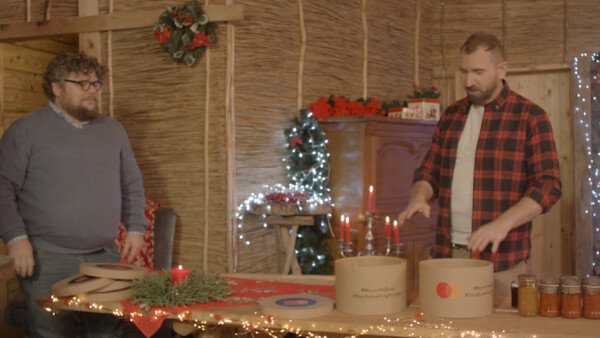 This fall, bTV will surprise viewers with a show that has no analogue on television in our country. The show "Paparazzi" takes a new direction and will be transformed into the first comedy television tabloid of its kind in Bulgaria! The show will continue to watch the Bulgarian stars, but with more humor, and one of the most emblematic hosts in our country - Maria Ignatova - will enter the all new studio. 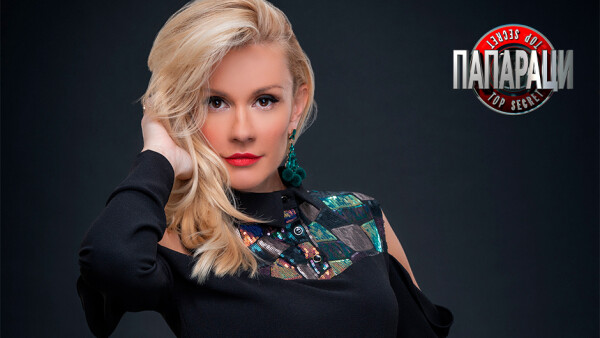 With the integration of BOSS ice cream in the show, we welcomed the summer with a lot of laughter, fun and surprises. We created two videos at an outdoor location, positioning the brand in an authentic and fun way.

Viewers witnessed which team out of two could make more money with street music. The winning musicians enjoyed the temptation - a full cooler bag with BOSS ice cream, which they later shared with their colleagues from the other team.

In two episodes of "Nikolaos Tsitiridis’ Show" we realized brand integrations, including the band of the show, in which we engaged users.

To involve the audience even more, bSTARS also positioned the ice cream on Nikolaos Tsitiridis' Instagram profile, where he announced a game through an artistic humorous video in his typical style, enabling two people to win one box of BOSS ice cream each.

The show opens up opportunities for many creative and fun brand integrations, which can be enriched through augmented reality in the studio and naturally continued in a digital and radio environment. 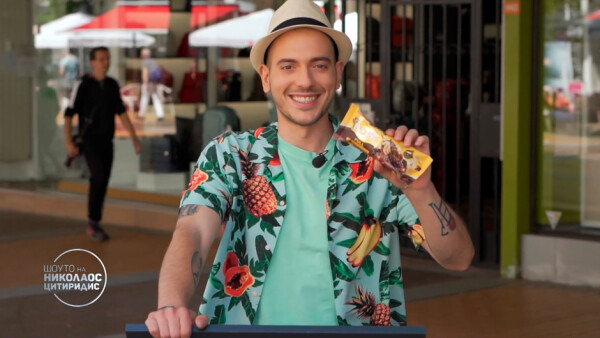 THE FARM: THE PATH OF A DREAM

With a new reading of the original concept of the format, the most memorable show for the last few years - The Farm - returns on bTV air on September 5th!

Last season we implemented landmark projects that proved the high results that brands can achieve by engaging with the content of the Farm. It which reaches a highly engaged, multi-million audience and the hearts of viewers. "Almanac: The history of Bulgarianism" became an absolute hit among consumers, and at the 360⁰ ​​livestream finale we attracted 144 000 viewers online, or 82% more than the audience in the preceding year. Expect the special multi-platform offer for sponsorship of 360⁰ livestream FINALE! You can realize a high-tech and innovative presence during the grand finale of The Farm through innovative forms in 360⁰ livestream and augmented reality on TV.

The filming of the new season of The Farm is already in full swing. Until the end of October there is an opportunity for a variety of brand integrations, and during the broadcast of the episodes until mid-December you can link the most engrossing and commented content in the fall air with your brand through premium advertising forms in TV, digital and radio environment. 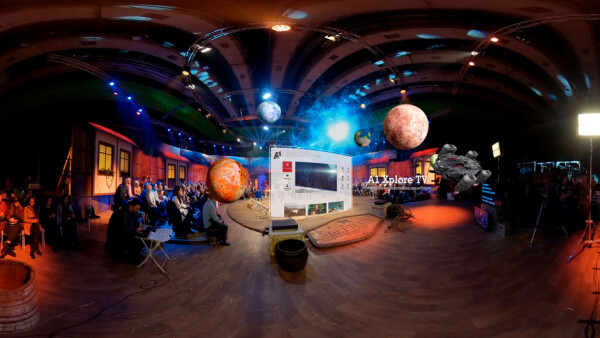 The long-awaited resolution of Season 5 of the cult show MasterChef will take over the screen during the autumn season. On September 13th we will broadcast a recap episode with the main highlights of the season so far, then from September 20th onwards, every Sunday viewers will enjoy the culinary experience and find out who will grab the title of the new number 1 hobby chef in Bulgaria.

In a digital environment, the MasterChef content continues to attract new segments and engage audiences. The new venture MasterChef@Home featuring Kateto Euro and her granddaughter achieves exceptional results online - the first episode of the intriguing series reaches 12,000 views. In the fall, new, filmed episodes of tasty videos, digital master classes and "For The Insatiable" and MasterZone on Radio N-JOY will accompany and convey the emotions in the kitchen of MasterChef.

Be part of the adventure and increase the effect of the main communication of the brands through the added emotional value of the content, taking advantage of premium advertising forms in a multiplatform environment. 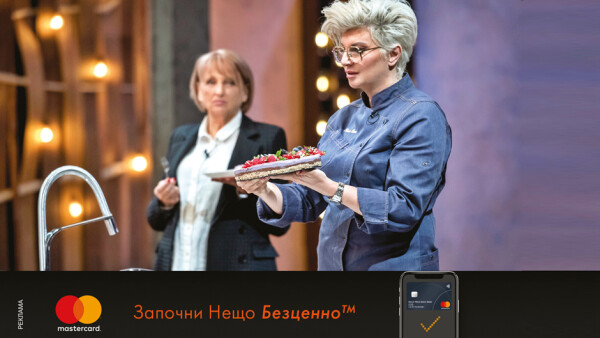 bTV Media Group continues to develop the initiative to create special thematic packages related to various holidays and content highlights throughout the year, so that you have a wide range of options to build the brand value.

At the end of July we sent BMG SP Back-to-School, and we remain at your disposal to discuss various ideas for adapting to the client’s needs.

Expect also Halloween-related offers for October, offers with a focus on male audiences in November, and about the holidays in December.

Follow bFEED and the direct messages from the Sales Department of bTV Media Group for up-to-date information related to all our special offers. 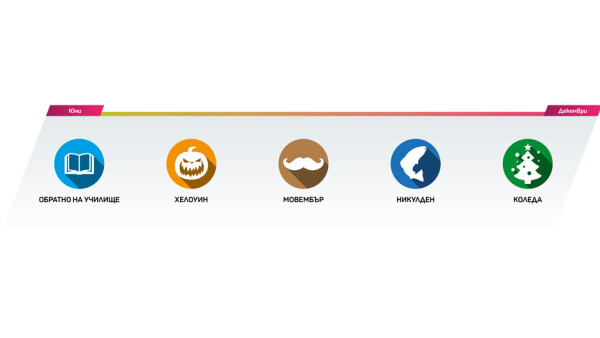