Impressive Start of The New Season of The Mega-Production "The Farm: New World" on bTV 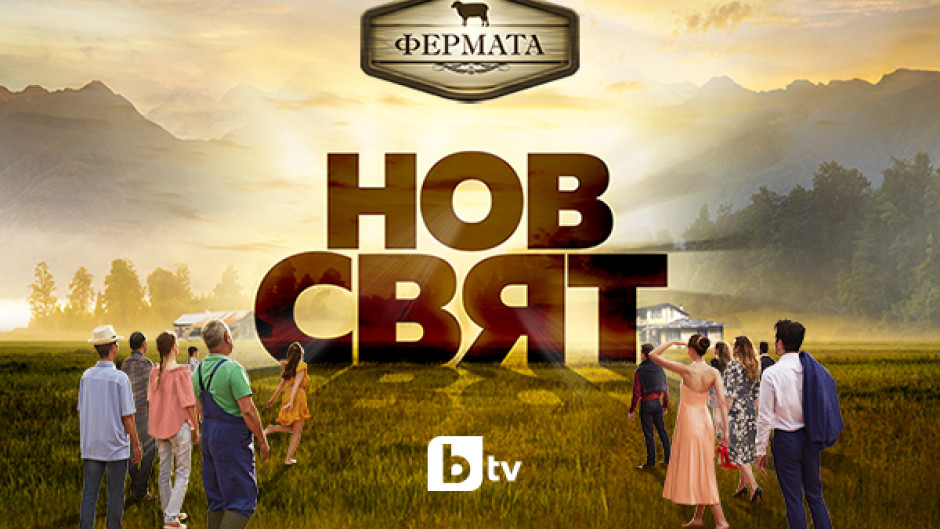 The first kick-off episode of the new season of “The Farm” – the most successful Fall TV show over the last few years, gathered the biggest number of audience viewers with its airing on Friday, Sept 6. Twenty contestants stepped through the front doors of the “New World” with an audience share of 41.4% on All 4+ in the 8-11 PM slot. The highest peak of viewership was recorded at 9:25 PM when approximately 1.1 million people followed the announcement of the show’s first duel that took place on Monday, Sept 9 at 8 PM.

“The Farm” was the audiences’ favorite on Friday night. The current theme of show, as well as the discussions of social segmentation and each participant’s unique story moved the highest number of people among TG A18-49 – 36,4% chose to watch the show on bTV. 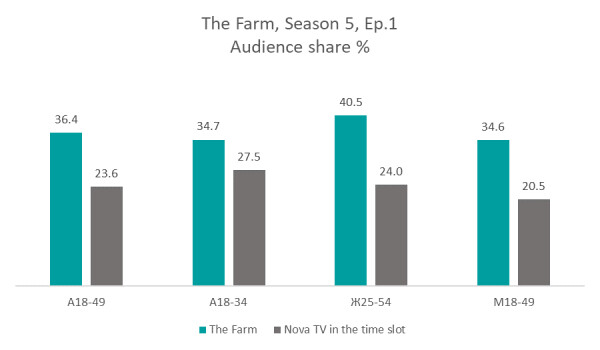 To build on the previous season, this year "The Farm" will be looking for unification here at home. The new season presented a scale model of our society and raised the sensitive issue of socio-economic disparities that lead to division, lack of trust, and heightened public discontent. In the course of the production the different ideas of success and the insights on the path to unification in the name of a better tomorrow will be revealed.

The second episode of the show attracted almost 1 128 000 (All4 +) of all viewers, making it again the most watched show in prime time. The show reaffirmed its leadership positions in the slot across all age groups. 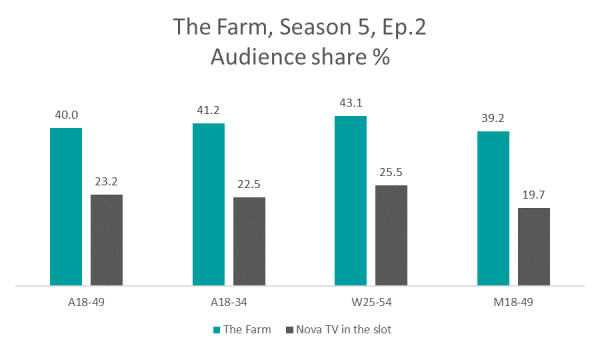 Throughout the format, viewers will be able to seek out their truth about serious life and socio-economic problems through the personal perspective of the contestants who overcome their prejudices and the reasons to always split apart.

To bring the compelling stories to the largest audience, this year we will offer additional content to viewers on all platforms.

You can follow each participant on their way to take on the challenges of nature, as well as exclusive insider footage from the two farms on the show’s new digital extension “Life Behind The Farm.” Starting today until the very end of Season 5, it is the place where the audience can see all that remains hidden on TV, with additional commentary from the show’s screenwriter – Miron Krumov.

This season as well, the full TV episodes are available up to 7 days after broadcasting, on btvplus.bg