Ten Years Of Our History 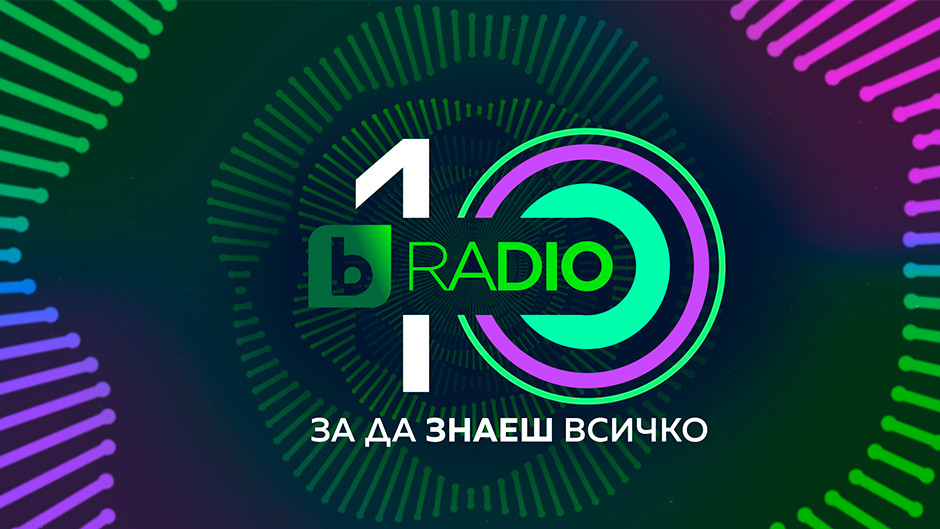 On November 3 this year bTV Radio celebrated its 10th anniversary on the Bulgarian air. Over the last decade, the radio established itself as one of the most recognizable radio stations in the country, with a high degree of trust. Inspired by the anniversary and the recognition of its audience, throughout November the radio program presented an overview of what has happened in the last decade through a series of interviews with expert guests in various fields. Prominent personalities shared their point of view on how the world has changed, what the change brings to them personally and professionally and how Bulgaria is developing on a wave with the world.

Sergei Ignatov, Ivo Petrov, Hristo Pimpirev, Alberto San Juan, Pavla Horakova and others entered the bTV Radio studio as part of the anniversary campaign. Victoria Petrova and Yuksel Kadriev, bTV News hosts, were also part of the special program. Although we are used to seeing them as an on-air couple, this time they appeared separately and presented some memorable and very different points of view about what has happened in the last 10 years.

"2021 minus 10 should smell like jasmine. You may remember that Jasmine Revolution that we covered in the bTV News." - began conversation with Victoria, going through topics such as the revolution in the world of science - the proof of the existence of "the god particle", radio as a medium, the geopolitical map of the world, and many others. Victoria also shared her point of view about the change in television journalism and how the main competitor there now is social networks. You can hear the whole interview of Victoria with Georgi Mitov in the show "About the city" here: https://btvradio.bg/intervuta/za-grada/viktorija-petrova-2021-minus-10-zamirisva-na-zhasmin.html

In connection with the 10th anniversary of bTV Radio, the writer and journalist Pavla Horakova greeted her colleagues in the media and also acknowledged the most serious change during this period in technology, the Internet and all social networks. It "brings with it the whole change of society in thinking, in presenting itself. When Facebook and Instagram crashed recently, I thought in those 6 hours what the world would be like without them and how it would change more than as a result of COVID-19."

A look at the field of healthcare can be traced in the conversation with Prof. Ivo Petrov. "We have not paid enough attention to specialties such as infectious diseases, immunology, virology…It turns out that we had to continue to observe the high levels in these specialties," he said in the program "What's important, said aloud" hosted by Tereza Zaharieva.

The radio review program also included an international perspective, namely the participation of Alberto San Juan, a Spanish actor and social activist. He shared that "Both in Bulgaria and in Spain, we are trying to identify politics as the work of political parties. I do not think that parties are necessary," he said. According to him, “there must be forms of organization or structures that will decide how to live as a community. We must create at least one that is democratic and in which political participation is possible. Participation in politics in Spain is limited to voting, i.e. putting a piece of paper in a box every four years. I do not think that many people in Spain vote by conviction. Many people vote out of hatred for the opposing party. "

Looking from the inside out, again looking at the wide horizon, we heard the point of view of Hristo Pimpirev. The last 10 years are a lesson that Bulgarians can handle everything and that we will continue to move forward, said the professor on bTV Radio. At the time, he said, Antarctica had changed a lot. Many new discoveries have been made about science, and polar bases and science labs are now being built there, bordering on science fiction for construction on other planets. "Antarctica is a very avant-garde world right now, and Bulgaria is part of that world," the professor said.

The topic of education also took an important part in our review, as a key item was the conversation of the host Lili Angelova with Prof. Sergei Ignatov. The former education minister, who is currently rector of the European University for the Humanities in Vilnius, said: "The last year and a half has turned the world upside down. There is talk of digital transformation in all areas. The pandemic will pass, we will forget about it…, but life will no longer be the same… All these things will inevitably lead to a great transformation in education systems. At the end of our talk he concluded that "We must preserve the humane in humanity", because "the main deficit at all levels at the moment" is that people are losing social skills."

And so with the memories comes the aftermath - where we were, where we are now and where we would like to be in 10 years. The quote from the interview of Yuksel Kadriev on bTV Radio summarizes very well the direction we believe we all want to take: "I want people to be happier, to have a better life, because we deserve it."