Screen Euphoria: The Stories That We Shared 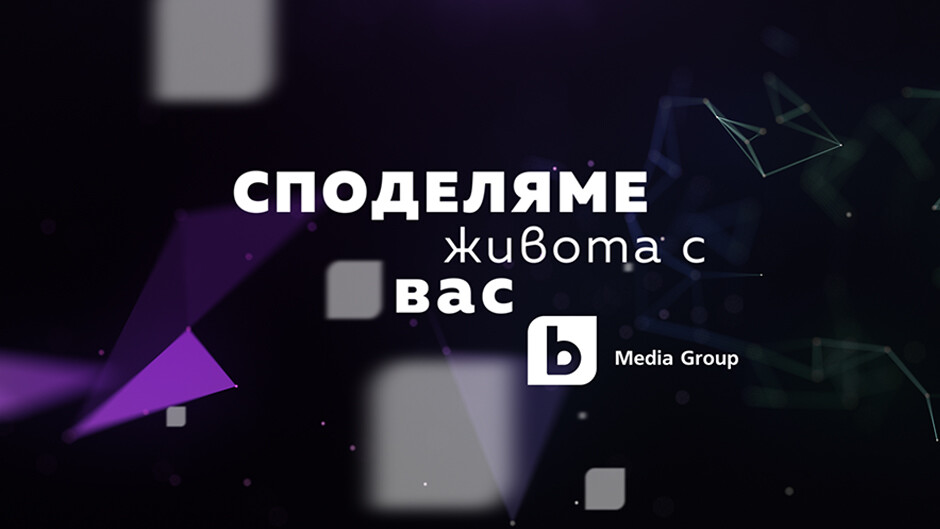 Television functions to inform, entertain and amuse. It gives us topics for discussions, laughter, as well as conflict, which help reveal the truth. During its Spring 2022 season, bTV united in one the diverse roles that TV has, which turned it into the most watched TV channel in Bulgaria in Spring 2022 for the period of Feb 14th - May 31st*. With this recognition, an 8% growth compared to 2021 and with spectacular results for its Spring 2022 season, bTV celebrated 22 years since its establishment on June 1st.

The shows and formats that entertained the audience across various time slots managed to tell stories that keep on stirring up discussions among the Bulgarian viewers. Some of the participants contributed with their memorable image, while others established one that started living its own life beyond the screen. The parallel character in the viewer experience – the emotion that came from every episode, was a daily stimulant of the attention of the audience, which built a habit of seeking the TV content.

The month of May passed under the emotional direction of the highly anticipated finales of shows such as “Survivor” and “Bulgaria’s Got Talent”, while the first ever Bulgarian season of the romance-filled “The Bachelor” built an army of followers that couldn’t wait to find out the name of the lady that Victor Stoyanov gажe his heart to. Romance, exotic views and emotion stirred the images on screen, while the audience was equally active in following and commenting in real time across social media.

Modern, intriguing and filled with love, tension and laugher are the TV shows of bTV – “Sunny Beach” 2 and “I’ll be fine” who expectedly attracted a large number of viewers in front of the screen. The premiere title of the season – “I’ll be fine” opened a new chapter in the book of Bulgarian series, while the plot and the characters captured viewers with storyline and memorable individualities. For all those who love good entertainment with a comic twist, starting today in prime time, bTV begins airing the beloved “Daddies.” The brand new episodes will follow the hardships of the four characters – Alex, Rado, Todor and Slavi, who were left bemused in the show’s final episodes in the Fall.

The amazing game of knowledge “Who Wants To Be A Millionaire” is the absolute leader in the prime access slot, right before the evening news, attracting 41% of the audience in front of the screen – which is two times more than the competitive titles in the slot.

The absolute leader among television audiences continues to be the casts of bTV News, recognized as the main source of information. The newsroom with the highest trust**  in the country and the central newscast at 19:00 attract nearly 36% of viewers. Data for btvnovinite.bg shows a progressive increase in users by 11% over the last six months (Gemius), and page views have increased by 64%.

The Current Affairs programs "Face to Face" and "120 Minutes" follow the events and comments on hot topics of the domestic political situation and international news, confirming a higher average number of viewers in the slot (all 4+, GARB) during the week and weekend.

UEFA European tournaments conquered the channels of bTV Media Group, which once again hosted the decisive battles. The special studio for the grand final of the UEFA Champions League in Paris 2022 was watched by 43% of the male audience (M18-34) live on bTV Action. The dynamics and the special commentary studio before and after the match won the recognition of fans with timely reactions and high professionalism, making it the most watched Champions’ League finale for the last 3 years.

A number of premiere shows and beloved formats offered a rich dose of entertainment and good mood for the viewers of bTV since the beginning of the year. The balance in the diversity of titles was at the foundation of the media schedule, which once again made bTV the most watched national TV channel.

Over the course of one season, along with the characters, the audience went through emotions such as love, disappointment, sadness, happiness and euphoria. What more could we ever want from a truly good form of entertainment?