The peak of the football excitement takes over the air of bTV Action live from 21:00 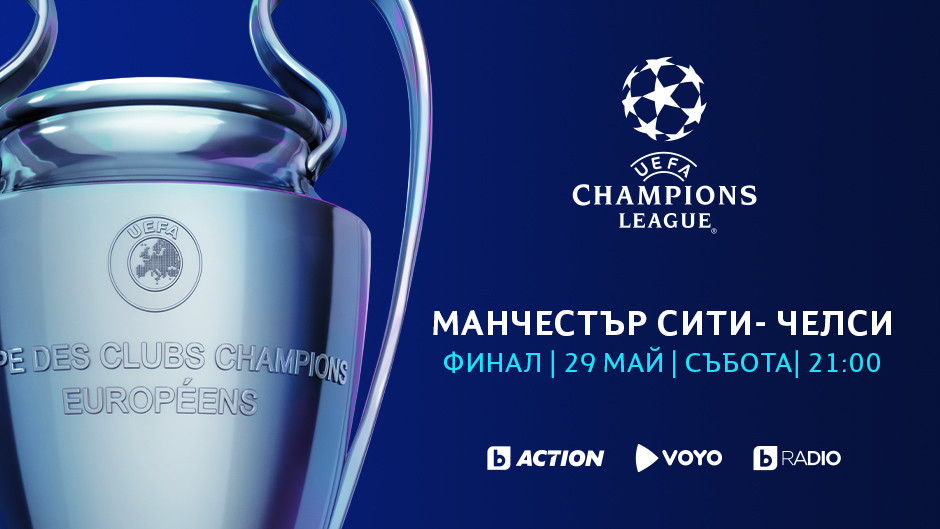 The most prestigious European club tournament UEFA Champions League awaits for its grand finale. On May 29th at 22:00 Chelsea will face Manchester City, with bTV Action and VOYO.BG following live the intriguing game. The studio, set to host exclusive guests, begins at 21:00.

The highly anticipated finale is an event for all fans of high quality football. This year it is even more exciting due to the lengthy discussions about its location. The presence of two British teams inspired the UK to invite the game on domestic turf, moving it from the initially planned Atatürk Olympic Stadium in Istanbul. The British appealed with an additional opportunity for the finale to be attended by 23 000 spectators on field, which further boosted the fans’ reaction. The final decision set Porto’s Estádio do Dragão, which makes Portugal the host of one of the world’s most important football games for a second year in a row.

Regardless of its geographical location, one thing is certain – the finale will be aired live on bTV Action. Join the experience!