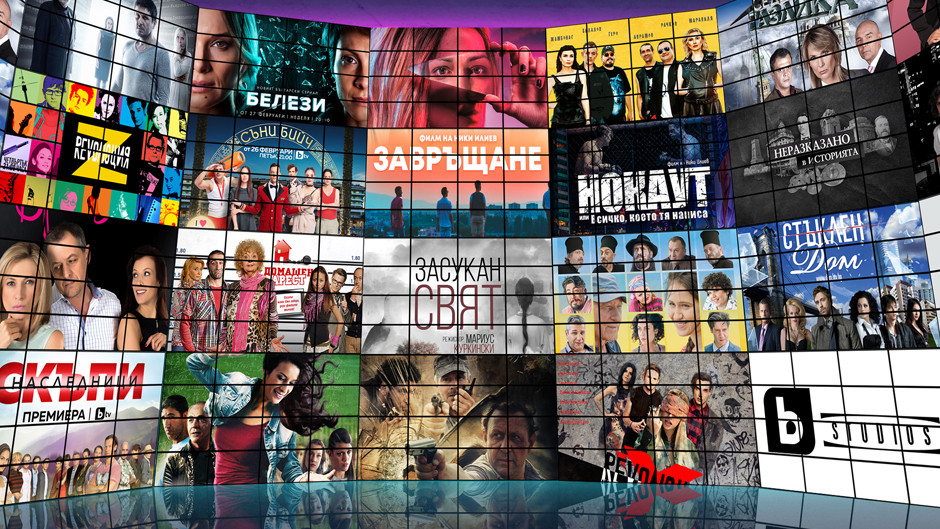 Local Bulgarian productions can easily captivate the hearts and minds of the audience. Television shows, movies, foreign adaptations - the content increasingly reflects our national culture, characters and plots that excite Bulgarian viewers. The creation and investment in more and more Bulgarian content are among the main priorities in the programming strategy of bTV Media Group.

Along with the return of the fresh romantic show "Sunny Beach" on screen, we announced the start of filming for season 2, which delighted the many fans who follow the adventures of Mladen, Gomes, Darina and Ivon.

However, it is not the only comedy content in episodic format, which awaits its upcoming premiere. The project, with the working title "Daddies" follows the lives of four young fathers, their trials and tribulations in their roles as parents and the adventures around their children, who also share a common daily routine at school or in kindergarten.

In anticipation of the upcoming titles, right at Summer’s beginning, we recall some of the successful productions realized on the air of bTV Media Group.

In the absolute hit series "Gass House" we set the beginning of spectacular brand integrations. The production of the crime drama series "Seven Hour Difference" followed the tension of the characters in Sofia and New York, and with the series "The Family" bTV Media Group brought together the great Stefan Danailov, Tsvetana Maneva and the favorites of the new wave of talents Ivo Arakov, Asen Blatechki, Radina Kardzhilova and others.

The hit series "Dear Heirs" expanded the audience's perception of scale. The high-budget television production, dedicated to a large but divided family, was displayed in 170 episodes by the incredible cast - the magnificent Tsvetana Maneva, Koyna Ruseva, Georgi Kadurin, Dosyo Dosev, Filip Avramov, Sofia Bobcheva, Ivo Arakov, Mihail Bilalov, and many others. The sitcom "House Arrest" continues to make viewers laugh to this day, and most recently the audience experienced the emotional final episode of the series "Scars." The air of bTV was the home of the fun series "Relationships" in 2015 and 2016.

Nowadays, the big screen is no less abundant, as a result of the increasingly active production of quality Bulgarian cinema. bTV Studios is the brand under which since 2013 bTV Media Group distributes films from all genres and countries in our national cinema network, and a large number of productions are precisely from Bulgarian cinema. Among the successful film projects supported by bTV Studios in the last few years are the musical film adaptation of the eponymous series "Revolution X", "Reunion", "The Stranger", "Knockout, or All She Wrote" by Niki Iliev, the proven successful "Dose of Happiness" and the fun "11 A".

Among the hit titles that premiered this year alone are "Twisted World" by the iconic Marius Kurkinski, "One Last Time" with the first Oscar-nominated Bulgarian actress - Maria Bakalova, and the title that brings the energy of a musical comedy "The Naked Truth of the Zhiguli Band ”, which with its release ranked among the Top 5 at the box office for Bulgarian films of the last 30 years. Its incredible results put him in first place in terms of viewership surpassing the next four most watched titles combined.

The local premium productions with high cinematographic quality at bTV Media Group offer the appropriate environment for brands to carry out memorable integrations and conquer the widest possible audience. Because the right context and the selection of content that the audience prefers make the advertising campaign even more effective.

Trust the experience and bet on the undeniable solutions!

The upcoming television seasons in bTV Media Group contain multiple entirely new titles, which respond to the growing interest in the artistic visualization of brands and  for more and more entertaining local content. The variety of themes, characters and motives provide close contact with the audience, and the opportunity to sponsor all movies that are currently in theaters and the promo announcements for them, which are to be broadcast on bTV, will cover the points of attention of the widest possible audience.