The funny stories of the four fathers and their families will entertain the audience from Monday to Thursday from 21:00. 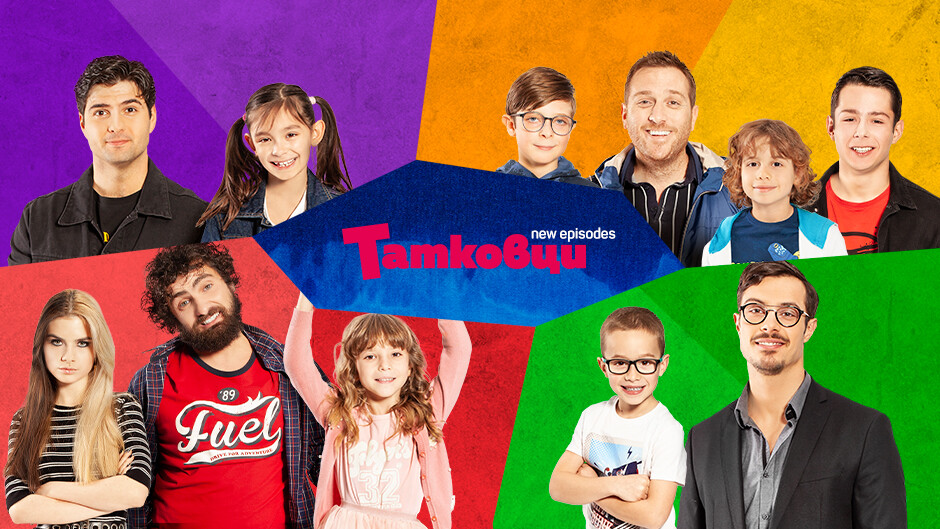 The Bulgarian comedy series "Daddies" returned to bTV with premiere episodes on Monday, June 6th. Viewers will be able to follow the new adventures of the favorite "daddies" Alex, Rado, Todor and Slavi, from Monday to Thursday from 21:00., and our special proposal will give brands the opportunity to become part of the audience experience.

In the last episodes of "Daddies", viewers witnessed Alex's long-awaited "realization" that he is in love with Emi, and his attempts to make his way to her heart, for which there is already a rival in the face of Dani. Todor faced a battle for custody of his own daughter Kiki, and Rado managed to unhinge the pathologically jealous Jeni after he got close to dance coach Liti. While Slavi got involved in a romance whirlwind with Chuchi, the conflict between Galya and the daughter of her new lover Philip - Veni, deepened even more. The teenager gave an ultimatum to her father to choose between her and Hristo's mother.

The new episodes of "Daddies" feature twists and turns, which will definitely not leave viewers indifferent. What will be the reason for Alex to fire Dani, how will Niko react when he sees Galya kissing his coach, what will be the reason for the first kiss between Alex and Emi and how will the custody case over Kiki end, viewers will find out in the new premiere episodes of "Daddies" from Monday to Thursday from 21:00 on bTV.

Both current and comic, the series is a fresh reading of the idea of fatherhood and family in the modern world. The story follows the lives of four fathers with different social, family and life status. The roles of modern fathers are played by some of the best and most current Bulgarian actors Filip Bukov (as Alex), Stoyan Doychev (as Rado), Pavel Ivanov (as Todor) and Hristo Padev (as Slavi). ), and their characters have undoubtedly become favorites of the audience.

The roles of the ladies who successfully confuse the lives of the four friends are entrusted to Stephanie Ivailo, Jacqueline Georgieva, Kate Nichols, Silvia Dragieva and Kristina Veroslavova. The children, for whose attention, love and respect the four "fathers" are fighting, were played by Filip Nikolov, Elis Bakalova, Emilia Racheva, Ivan Nikolov, Martin Mitkov, Kaloyan Iliev and Aya Aleksieva.