The playing teams from the biggest European football championships are set to relaunch in August for the remaining games from Season 2019/2020, offering even more attractive forms of communication 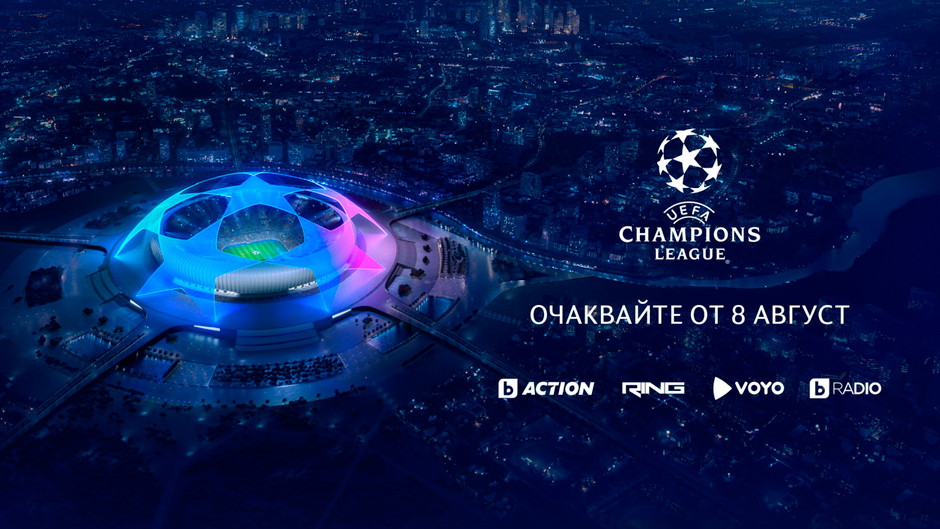 The most anticipated news for football fans across the globe and Bulgaria is already here – UEFA Champions League and UEFA Europa League are back on air, live on bTV Action and RING.

The remaining Round of 16 games will be renewed in the first week of August. Already on the 8th, starting 10 pm bTV Action will broadcast the rematch between Barcelona – Napoli, in parallel to Bayern Munich and Chelsea on RING. The quarterfinal games will take place from Aug 12th-15th, with bTV Action hosting the games on Aug 13th and 15th, as well as the semi-final on Aug 19th. The long awaited game for the finale in Lisbon, Portugal, will be broadcast live on Aug 23rd on bTV Action.

The equally exciting Round of 16 games from UEFA Europa League returned on Aug 5th with parallel matches on bTV Action and RING, respectively, between Copenhagen – Istanbul Başakşehir, and Shakhtar Donetsk and Wolfsburg at 7:55 pm. All other remaining games will be known and announced after the end of Round of 16.

The Sales Department at bTV Media Group has prepared special packages for an even more attractive presence in the games from both championships, which you can find here (Champions League) and here (Europa League).

We will keep you informed for all the latest news and announcements related to the premium tournaments. Not so long after, with the beginning of season 2020/2021, the Sales Department will publish the relevant information for the upcoming games.