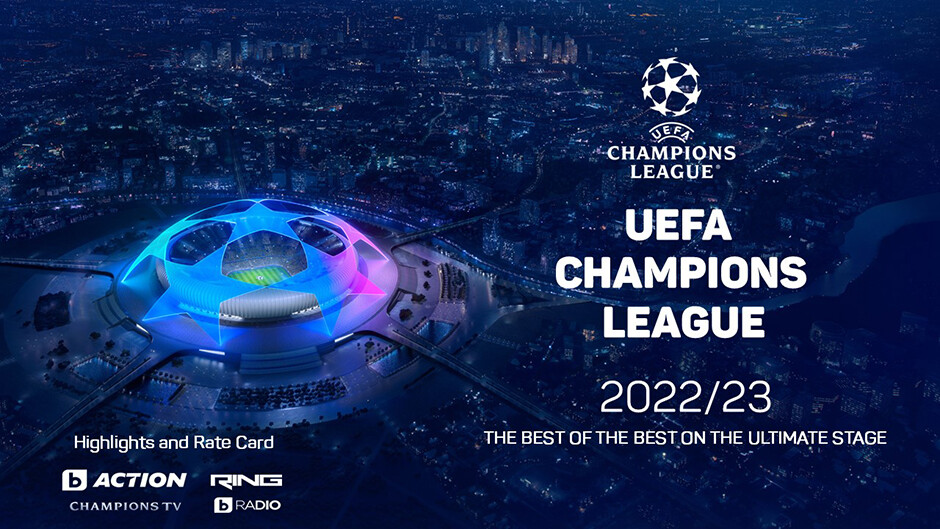 It is back– the time when the football marathon kicks off on the TV air. After a surprise-filled season with the UEFA games viewers have already started to prepare for the new turns and twists in Europe’s most prestigious tournaments.

Season 2021/2022 of the European club competitions brought winning titles to Real Madrid, Eintracht Frankfurt and Roma, and left fans in anticipation whether Ronaldo will transfer to a new team for the next season.

The channels and platforms of bTV Media Group will once again broadcast live the games from UEFA Champions League on Wednesday, the finale between the two best teams, as well as the games and final battles from UEFA Europa League and UEFA Europa Conference League. The first round of matches from all three competitions will begin at the end of August in the channels of bTV Media Group, as well as the catch-up platform for high-quality video content VOYO. As the tradition goes, every Wednesday Champions TV will deliver a 90-minute livestream with the highlights and best moments from all six games of UEFA Champions League – including goals, penalties and risky situations.

As a proper welcome to the upcoming football euphoria, bTV Media Group broadcast two games with Bulgarian teams from the UEFA qualifying rounds. After the game between Sutjeska and Ludogorets, the audience followed the match between CSKA and Macedonia GP on July 21st from 17:30 live on bTV Action.

Who will take over the reigns of European football – this is what we will find out in the upcoming 2022/2023 season of the UEFA club tournaments. The start of the season will kick off with the UEFA Supercup, which will take place on Aug 10th between Real Madrid and Eintracht Frankfurt. Viewers can watch the game live on bTV Action from 22:00 with a special studio program beginning at 21:30.