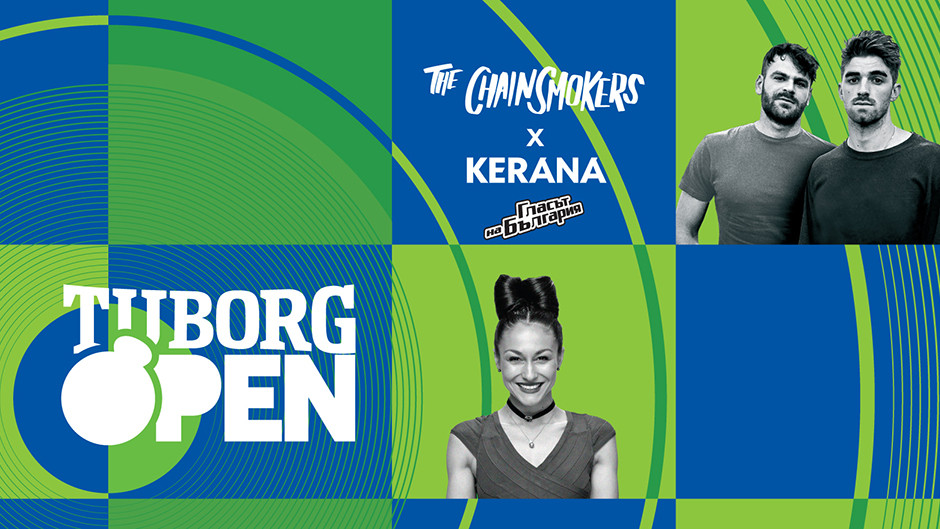 Music fans in Bulgaria chose the incredible Kerana as the talented performer to join the Tuborg Open platform this year. The young artist who succeeded all the way to the show’s finale will have the amazing opportunity to work with Grammy-award winners and top rated Billboard performers – The Chainsmokers to record a brand new song.

Tuborg Open returns to Bulgaria in 2020 to help the audience find new and exciting tunes beyond the borders of what we are already familiar with. Kerana will mix her own individual music style with that of The Chainsmokers to create an entirely new single with their music.

“I can’t believe I have the chance to be part of this project and record a new song using the music of The Chainsmokers. It is still very unreal to me, but I am grateful to all the people who supported me and gave me this opportunity”, Kerana shares.

In the show’s previous season, and as part of the Tuborg Open music platform, which connects popular global performers with local artists, Clean Bandit chose Iva Georgieva to record a fresh new version of their hit song “Mama” which attracted over 1.3 mln video views in bTV Media Group’s YouTube Channel.

This year is the third one in a row that makes The Tuborg Open platform collaboration possible, and a second one with such widespread communication campaign of Carlsberg Bulgaria across the channels of bTV Media Group.